Similarly, we have extended relationship process work to understanding how people choose between a preference for diplomacy or war in international relations (Hoffman, Agnew, VanderDrift, Kulzich, 2015), what motivates individuals to maintain a particular religious identity versus convert or leave religion (Wesselmann, VanderDrift, & Agnew, 2016), and whether commitment processes differ as a result of cultural differences between Chilean and American individuals (VanderDrift, Agnew, & Wilson, 2014). In each of these extensions, we have learned more about the generalizability, robustness, and nuance of relationship processes. 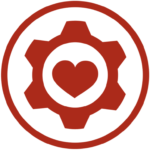